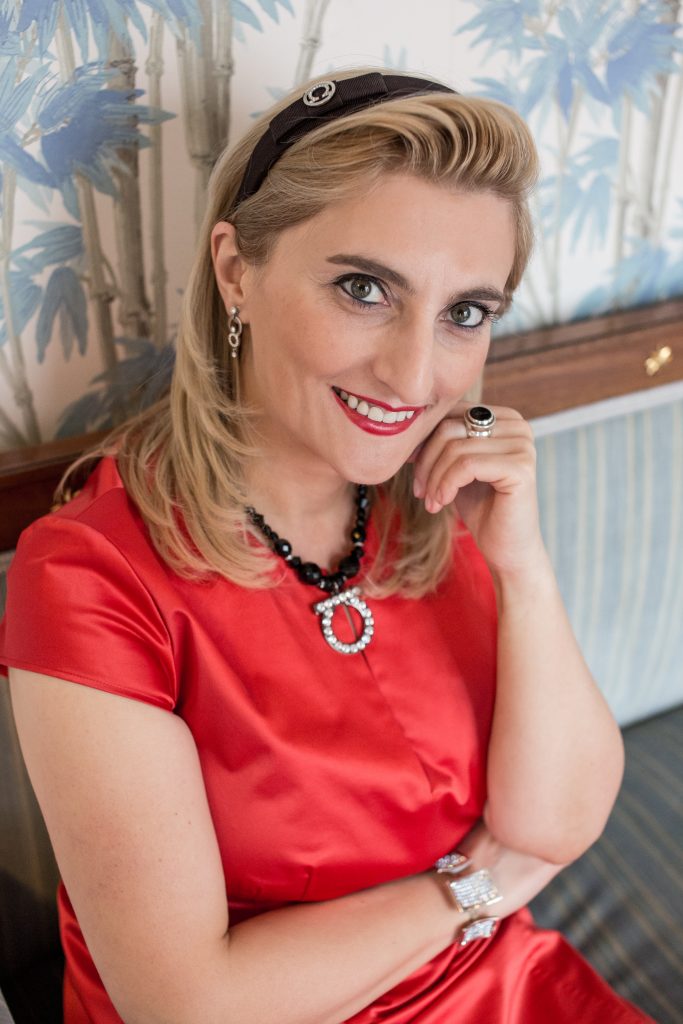 Born in Georgia and based in Germany, the pianist Catherine Gordeladze has gained renown by virtue of her “sparkling tone”, “an original, profound musicality” (Frankfurter Allgemeine Zeitung), her “charm, brilliant technique and great variety of tone colours” (Radio Bremen) and a “performance underpinned by instinctive sureness and elegance” (Zeitung fürs Dresdner Land), thus establishing herself as one of the most remarkable musicians of the younger generation.

Four highly-praised solo CD recordings with ARS MUSICI, NAXOS and ANTES EDITION bear witness to this pianist’s high standard of artistry and her international renown. Her latest album, “Dance Fantasies”, came out in 2017 and was immediately selected by BBC Radio as CD of the Week in Classics Unwrapped. “Klassik heute” praised the way she performed “with subtle charm and pianistic grandeur”. The same CD was also named “CD-TIPP” on “hr2 Kultur”, recommended on klassik.com, and chosen as Album of the Week on WRD3. Britain’s Lady Magazine also named it CD of the Week, and Pianodao UK picked it as “Best of the 2017 Shortlist”.

Her album American Rhapsody, released by BELLA MUSICA/ANTES EDITION in 2014 and featuring piano works by American composers, immediately won the silver and bronze medals in the instrumental performance solo/album category of the renowned Global Music Award in the USA. “Her playing is delightful” was the enthusiastic response from the American music magazine Fanfare. The CD was specially recommended by the German online magazine klassik.com and radio station hr2 kultur.

Her CD featuring works by the Russian composer Nikolai Kapustin, released by NAXOS, has been acclaimed by the international press: Radio Bremen recommended the CD as “Highly virtuosic… Catherine Gordeladze’s new recording is a show of great piano-playing”.

The CD occupied eighth place in the NAXOS top bestseller list for three months and has been broadcast on various radio channels worldwide. In 2007 ARS MUSICI released her debut CD Hommage à Haydn, which was specially recommended by German newspaper Frankfurter Neue Presse. “The magic she works on the keys is a sea of inner, creative inspiration” (Piano News).

An outstanding soloist and much-sought-after chamber music partner, Catherine Gordeladze currently makes guest appearances at major concert venues and with renowned orchestras including the Georgian State Orchestra, the Philharmonic Orchestra of Landestheater Coburg, the Mainz Philharmonic State Orchestra, the South-West German Chamber Orchestra of Pforzheim, the Europa Philharmonie and the Dortmund Philharmonic. She has performed in the lunchtime concerts broadcast by Hesse Radio in Frankfurt, in the Winners and Masters concert series at the Philharmonie im Gasteig in Munich, in the Mozart Society concerts at the Kurhaus of Wiesbaden, at The Next Generation III festival at the Harenberg City-Center building in Dortmund, at St Martin-in-the-Fields in London and at chamber music recitals in collaboration with such artists as violinist David Garrett and cellist Daniel Müller-Schott.

She has also made numerous radio and television recordings in Georgia, the Czech Republic, Germany, the UK, Switzerland, Luxembourg, New Zealand, Mexico, Australia, Hong Kong and the USA.

In 2017 she was singled out by the city of Frankfurt/Main as an “outstanding personality with a migrant background” for her successful international activity as a performing artist and her honorary involvement in “Rhapsody in School”, a project for which she regularly visits schools in order to encourage students to take an interest in classical music. She was presented with this distinction by the Mayor of Frankfurt, Peter Feldman, in a formal ceremony in a packed St. Paul’s church.

Catherine Gordeladze has won awards in various competitions, including the International Chopin Piano Competition in Darmstadt. She has won the medal of the French Legion of Honour. During the award of the 2004/05 Bruno Heck prize by the Konrad Adenauer Foundation, this “outstanding pianist” received a special prize in recognition of her “extraordinary achievement”.

Throughout the course of her musical training, up until passing her concert exam, Catherine Gordeladze attained distinctions at the music colleges in Tbilisi, Frankfurt am Main and Weimar. She received her first piano tuition at six years of age at the Central Music School in Tbilisi. Celebrated as a child prodigy, she made her first orchestral appearance at just seven years of age. She gave a piano recital at ten years of age. Just one year later, she took part in a gala concert at the Tbilisi Opera in the presence of the former Georgian president Eduard Shevardnadze. The concert was broadcast live on television throughout the Soviet Union. Her encounter with and many years of tuition from Alexis Weissenberg have significantly influenced her artistic development. Catherine Gordeladze volunteers in the Rhapsody in School project, as part of which she regularly visits schools in order to arouse young people’s interest in classical music and nurture their potential.

In addition to her concert engagements she teaches at the College of Music and Performing Arts in Frankfurt am Main. 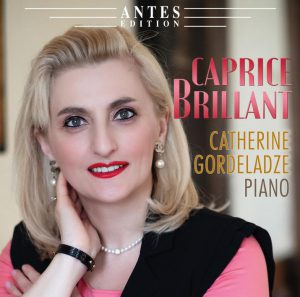